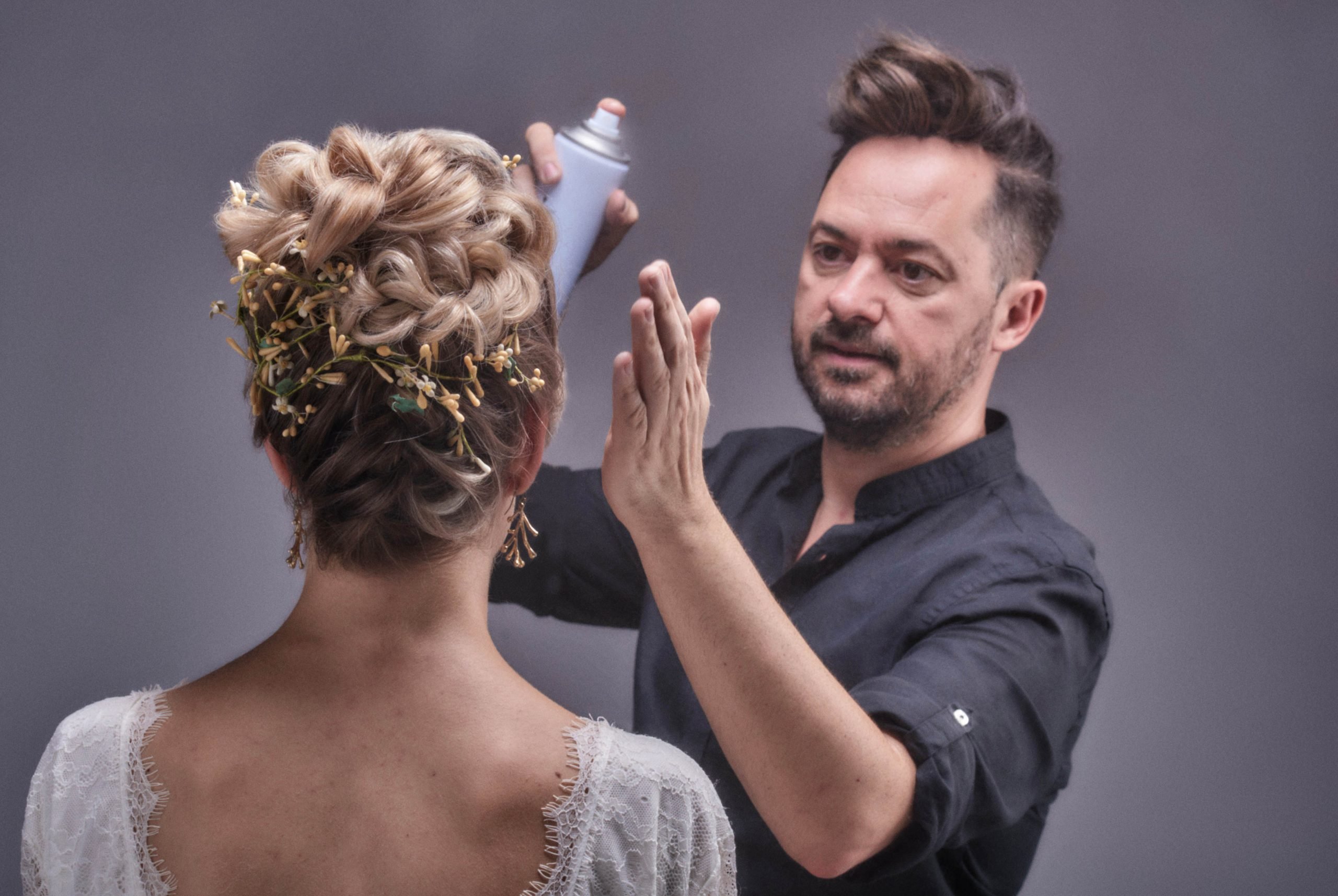 Step by Step guide to a Crossed Braids Up-Do with Juanmy Medialdea: Juan Miguel Medialdea Martinez (Juanmy Medialdea), was born in Guadix, Granada Spain in 1977. He started hairdressing at the early age of thirteen years old. Two years later, at fifteen, he opened his first salon!

Since then, his reputation has grown and over the years Juanmy has become the go-to stylist for brides in Granada. From the beginning Juan Miguel’s mother has been a guiding influence. She not only supported him but she helped him to grow the business. Today his salon is located in the heart of Guadix and boasts more than 120 square metres with a team of six stylists.

Juanmy’s great passion is creative hairdressing and bridal styles. These are the two major focus points in which he has specialised and consolidated his reputation and professional standing. Juan Miguel is the first hairdresser in history to win five Picasso Awards with two collections in 2019. Step 1: Prepare the hair by using a curling iron with a diameter of 38mm to create subtle waves throughout the hair.  Brush the hair, apply a little shine and you are ready to start working. Step 2: Separate the hair at the front, take a section from the crown, tie it in a ponytail with a hair tie and de-structure it a bit. Step 3: Using hair sticks, create definition in the upper section of the hair. 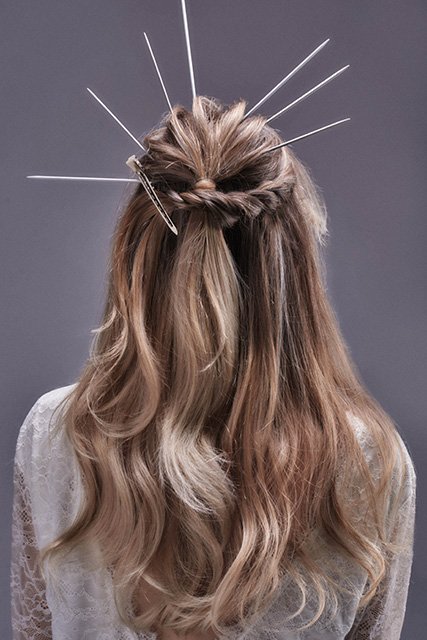 Step 4: Take a section from the right side, make a braid and pull it behind so it sits on top of the hair tie in the ponytail. Step 5: Open up the braid a little and perform the previous step on the opposite side. Step 7: Cross the twists from one side to the other, maintaining them tied at the ends. Step 9: Place a headdress on the hair if appropriate. 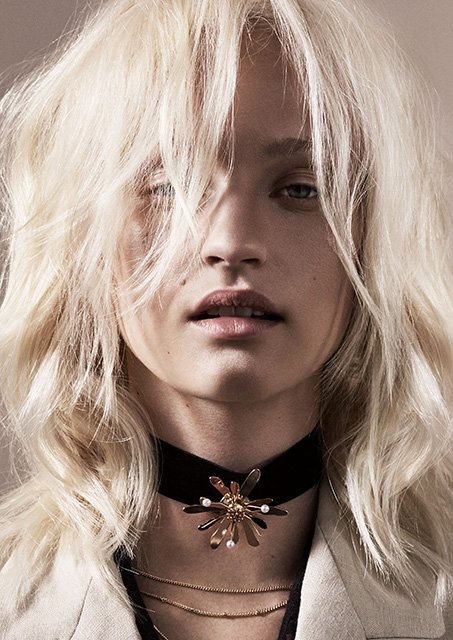 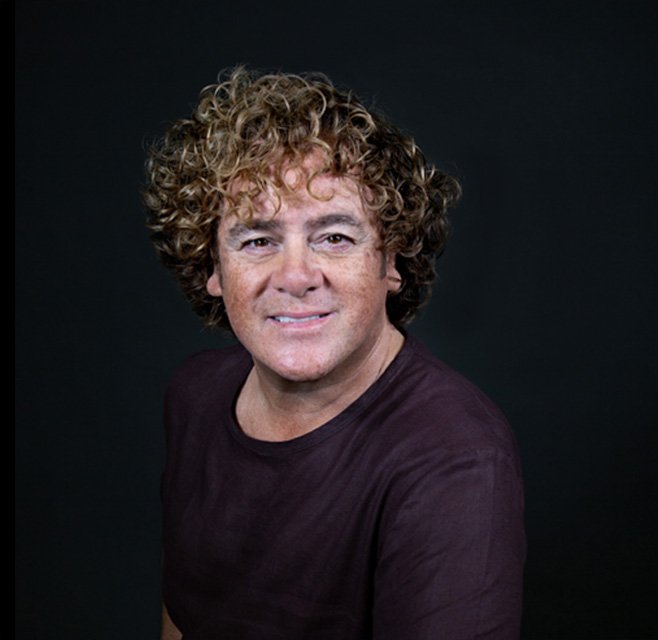